Advantages of the SOLARX heating system 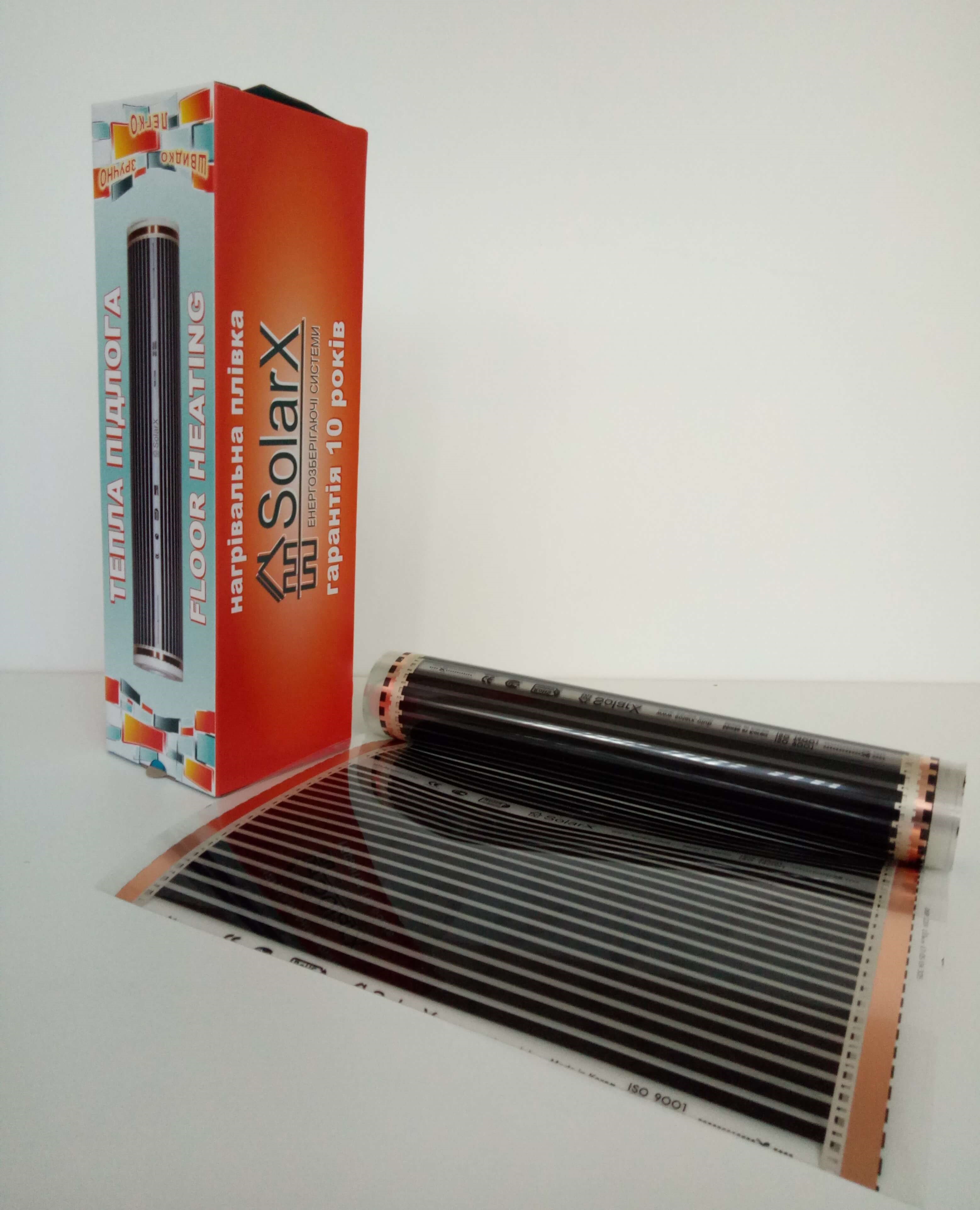 The room heats up quickly and evenly for 4-8 minutes, while the use of other heating systems will solve this problem at best in a few hours. More than 90% of the thermal radiation of the carbon bands is due to infrared rays of the far spectrum, which heat not the air in the room, but directly the objects that are in it. This is what makes it possible to save up to 30% of electricity compared to traditional home heating systems.

The transfer of heat from the heating system to objects occurs almost instantaneously, so there is no need for constant or preliminary heating of the premises. EFFICIENCY OF INFRARED FILM 99%.

The advantages of the SOLARX system also include the absence of a concrete screed when laying it. Arrangement of the screed is not cheap, and besides it does not need to warm up further, spending on it electricity. The heating system SOLARX allows you to provide instant heating of the floor and in the shortest possible time to fill the room with heat, no matter what type of flooring in the room.

The system is so simple and reliable that the warranty period for the heating film is 10 years, and the confirmed service life is more than 20 years. The presence of anti-spark protection contributes to absolute safety and extends the life of the heating film.

SOLARX heating systems do not require additional maintenance during operation and rarely fail. If, for some reason, this does happen, then it is not necessary to completely change the infrared heating film, it is enough to replace only that part that was damaged.

Using a parallel connection, allows you to operate the SOLARX heating system, even if several heating strips fail. Each strip of heating film in this system can work as a separate heating unit, not related to the operability of the remaining elements.

The SOLARX heating system is installed under the upper surface of the floor, wall, ceiling and absolutely imperceptible. Its presence is indicated only by a thermostat installed on the wall and a comfortable feeling of heat in the room. This installation of the SOLARX heating system does not reduce the living space, and allows not only not to worry about additional electric heaters in the winter and in the off-season, but also to abandon alternative electrical sources of heating.

Infrared heating film SOLARX has a multi-layered protection, which provides heat resistance, protection from moisture and mechanical damage. Contacts are closed with double insulation, which reliably protects them from moisture and air, preventing oxidation and corrosion. Infrared heating film SOLARX, in contrast to the films of competitors has anti-spill protection. All of the above indicates that the SOLARX heating system is absolutely safe.

Sometimes people are concerned about the presence in the title of the word "infrared".

Infrared rays are absolutely safe for the human body, in contrast to X-rays, ultraviolet or microwave. In the infrared spectrum, there is an area with wavelengths of about 7 to 14 μm (the so-called long-wave part of the infrared range), which exerts a truly unique beneficial effect on the human body. This part of the infrared radiation corresponds to the radiation of the human body itself with a maximum at a wavelength of about 10 μm. Therefore, any external radiation with such wavelengths our body perceives as "its". The most famous natural source of infrared rays on our Earth is the Sun. Infrared radiation is widely used in medicine for nursing newborns, stimulating the immune system, increases the protective function of the body. Using the SOLARX heating system promotes ionization of the air. The anions are purified, sterilized and antiseptic.

The SOLARX system does not heat the air, but the surrounding objects, which subsequently give up their heat. Therefore, during operation, the system does not dry and does not pollute the air, maintaining the optimum temperature.

Breathing in a heated room is easy and pleasant.

When using the SOLARX heating system, the heat rises from below, and the room warms up gradually. The warmest layers are located below, and as they spread, they gradually cool down, on average, by 0.3 degrees per meter of height. Thanks to this, the most comfortable conditions are created: the warmest at the feet and slightly fresh around the head. A particularly similar heat distribution scheme is convenient in rooms with high ceilings. Since the heat spreads from below and across the entire heated area, convection currents and excessive air circulation, which is typical of traditional convection systems and central heating batteries, are not created. Absence of convection currents, prevents the spread of harmful bacteria through dust.

The SOLARX heating system can serve as the main, backup or additional - a comfortable heating system, in any type of housing and civil engineering. With the help of infrared film, you can heat any horizontal and vertical surfaces, as well as: roofs, ceilings, walls, columns and interior objects, animal habitats, terrariums, soil in greenhouses, containers, and protect mirrors from fogging, etc.

The SOLARX heating system can be used to create a variety of local heat sources in terms of area and configuration.

The SOLARX heating system is compatible with all types of floor covering - laminate, linoleum, carpet, parquet, parquet board, ceramic tiles. Using a heating film, you can install a "warm floor" anywhere in your home, under any cover.